Is An Abatement Project In Your Future?

Abatement is a repair and restoration process that's aimed at dealing with specific problems that are left over from previous construction or remodeling efforts in a building. Generally, these problems arise from the use of products that were accepted in their times but that are now seen as dangerous. Classic examples would be lead abatement and asbestos abatement.

You may be wondering whether it's time to hire a team of contractors to handle abatement at your house or your place of business. Not everyone needs to contact asbestos or lead abatement contractors, but there are a few factors you should consider before you rule out this possibility.

Age of the Building

It should be presumed that a house built prior to 1978 is a candidate for lead abatement work. According to EPA data, about 24% of homes built between 1960 and 1977 contain lead-based paints somewhere within. These figures go up dramatically as you look at houses that are older. It's wise to assume buildings constructed in the late 1970s and even the early 1980s should at least be tested for lead.

A similar timeframe applies to asbestos abatement concerns. 1975 is the standard build date used to presume asbestos may be present.

Visible signs that paint used lead are very undependable. With the exception that lead-based paint generally has a higher gloss to it, you should not assume a dull finish presupposes the paint doesn't contain lead. An especially worrying visible sign that lead paint may be present is that a house has evidence of several layers of paint of the wall. This is indicative it has been repainted often enough that one of the lower layers may be lead-based.

Signs of the presence of asbestos are a little easier to find. Generally, asbestos was used as a form of insulation and fire protection, and it was often wrapped around pipes. Old asbestos has a texture similar to cotton candy, although it will likely look grungier.

One worrisome aspect of the use of asbestos is that it was mixed into some products. Although rare, asbestos-based paints were sometimes used. Similarly, asbestos was occasionally mixed into concrete.

Both lead and asbestos products are dangerous to handle on your own. Asbestos, in particular, can become aerosolized when it is disturbed, posing cancer risks. Do not attempt abatement work, ever. If you think asbestos or lead are present in your place, avoid touching the materials. Contact a professional right away. 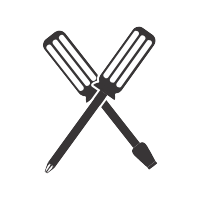 Moving forward and repairing your home can be really difficult, especially if you aren't exactly a DIY enthusiast. However, the fact of the matter is that there are all kinds of repairs that you can take care of on your own, helping you to design a home that truly feels custom. From adding crown molding to your house to repairing an old water leak, restoring your home is as easy as taking a look around and knowing which projects to undertake. From repainting the interior of your home to knowing what to do about issues with your plumbing, taking the opportunity to completely transform your home is easier with a repair and restoration contractor.